Welcome to your Eurovision Song Contest.

This was the second edition of the Yourovision Song Contest. Several new countries chose to make their début following the success of the first contest, alongside some countries making their return from the previous edition.

The second edition of the Yourovision Song Contest was held in Athens, as Greece won the first edition. The contest's slogan is "Cosmic", and its theme art "mirrors the abstract beauty of music with the vast, colourful expanse of Space, reflecting how music is a universal concept, of which this contest is a part," according to TessHex.

The dates of the contest were more spaced-apart than those of the previous edition, following requests from some users that five days in which to vote was not enough. To allow plenty of time to vote, and to give some leeway in the event of technical difficulties (as in the case of the first edition), the dates of the second edition were:

The initial preliminary draw took place on October 9th, in advance of the participation deadline, with the intent that any latecomers would be entered into their own draw. As there is an odd number of participants, all 13 countries were placed in a hat, and drawn, in turn, into respective halves of the running order, with the last country to be drawn taking the mid-point, as song number 7. The secondary draw was scheduled to take place on October 11th, at 10pm CET, but was moved to 6pm CET due to time constraints.

¹As a result of disqualification, Montenegro placed last (13th), despite having more points than Norway. However, even if Montenegro had voted, they would not have beaten France in a tie, and could have placed no higher than 12th, depending on whether or not they voted for Norway.

Recap of the songs 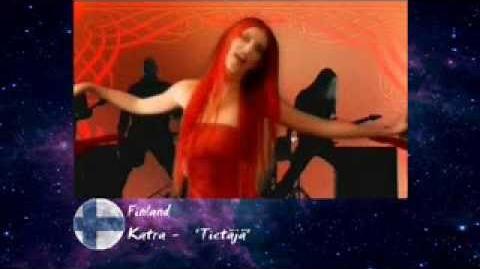 ¹France and Greece voted as one entity because both countries represented one user, who had been awarded a second country in this edition as a result of winning the previous edition.

Community content is available under CC-BY-SA unless otherwise noted.