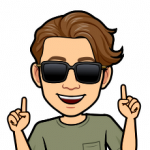 Mihael (Former Instagram username: @escfuego) is a Croatian Eurovision fan. He was active in the Instagram Eurovision community between 18 June 2017 and 1 July 2019. His previous usernames were @firebracememes and @eurovision_blog.

Mihael follows the Eurovision Song Contest since 2006. His first Eurovision memory is Severina representing Croatia with the song "Moja štikla". If you ever talk to him, you will soon realise how addicted he is to using the meaningless word "mood"!1

He participates in Instagram Eurovision-based contests. He is the creator of Musicella Song Contest, which was active between 30 August 2017 and 1 July 2019, having 10 editions. He still occasionally hosts American Song Contest, which he started on 9 August 2018. He also contributed to African Contest, joining as a team member on 5 June 2018 and later leaving the team in January 2019. He also contributed by creating logos for Unified Sound Vision multiple times.

Mihael has so far won 14 editions of 13 different contests. The only contest he has won twice is Unified Sound Vision.

NOTES:
1. ^ Edition 10 final was never hosted, results being semi final combined points, with all automatic qualifiers being announced as runner-ups, semi winners as winners and the host as the last place.

NOTES:
1. ^ Mihael never submitted a cover for the third round of edition 9, and was instead replaced by Grace's dog Benny. The points scored were still counted as Mihael's edition score, and until Benny started being counted as a singer himself, as Mihael's alltime result score.
2. ^ The song was performed featuring the Varaždinski slavuji choir members.
3. ^ The song was originally performed by Dragana Mirković, but the singer covered Mehida Daut's version of the song.
4. ^ The song was originally performed by Eartha Kitt, but the singer covered Kylie Minogue's version of the song.
5. ^ Impersonating Louis' version from edition 15.

Retrieved from "https://songcontests.fandom.com/wiki/User:ESCFuego?oldid=242816"
Community content is available under CC-BY-SA unless otherwise noted.