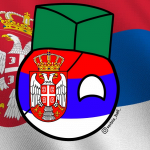 Serbia. His name is Stevan also known as Ball & Ballsie. All contests in which he participates in are hosted on Instagram.

Around The Towns Song Contest (ATT)Edit

These are all masterpieces and bops that got fucking scammed, they deserved more.

Retrieved from "https://songcontests.fandom.com/wiki/User:BallSerbia?oldid=255715"
Community content is available under CC-BY-SA unless otherwise noted.